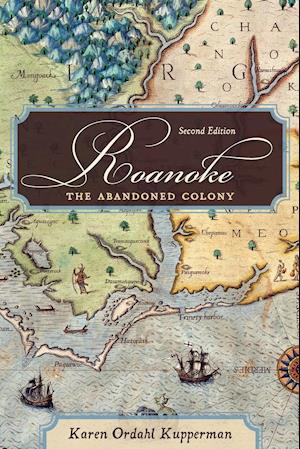 In telling the tragic and heroic story of Roanoke, the "lost colony," award-winning historian Karen Ordahl Kupperman recovers the earliest days of English exploration and settlement in America-the often forgotten years before Jamestown and the landing of the Mayflower.Roanoke explores Britain's attempt to establish a firm claim to North America in the hope that colonies would make England wealthy and powerful. Kupperman brings to life the men and women who struggled to carve out a settlement in an inhospitable environment on the Carolina coast and the complex Native American cultures they encountered. She reveals the mixture of goals and challenges that led to the colony's eventual abandonment, and discusses the theories about what might have become of the first English settlers in the New World as they adapted to life as Indians.With a new preface and afterword written by the author, Roanoke: The Abandoned Colony brings the fascinating story of America's earliest settlement up-to-date, bringing together new work from scholars in a variety of fields. The story of Roanoke remains endlessly fascinating. It is a tale marked by courage, miscalculation, exhilaration, intrigue, and mystery.