- An Essay on Reference Fixing in Natural Language 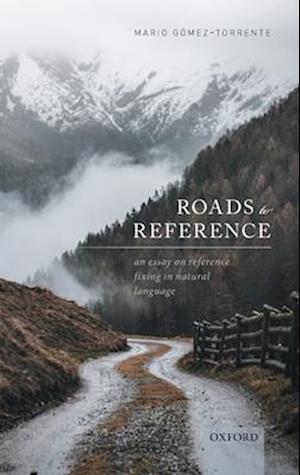 How is it that words come to stand for the things they stand for? Is the thing that a word stands for - its reference - fully identified or described by conventions known to the users of the word? Or is there a more roundabout relation between the reference of a word and the conventions that determine or fix it? Do words like 'water', 'three', and 'red' refer to appropriate things, just as the word 'Aristotle' refers to Aristotle? If so, which things are these, andhow do they come to be referred to by those words? In Roads to Reference, Mario Gomez-Torrente provides novel answers to these and other questions that have been of traditional interest in the theory of reference. The book introduces a number of cases of apparent indeterminacy of reference for proper names, demonstratives, and natural kind terms, which suggest that reference-fixing conventions for them adopt the form of lists of merely sufficient conditions for reference and reference failure. He then provides arguments for a newanti-descriptivist picture of those kinds of words, according to which the reference-fixing conventions for them do not describe their reference. This book also defends realist and objectivist accounts of the reference of ordinary natural kind nouns, numerals, and adjectives for sensible qualities. According tothese accounts these words refer, respectively, to 'ordinary kinds', cardinality properties, and properties of membership in intervals of sensible dimensions, and these things are fixed in subtle ways by associated reference-fixing conventions.

Forfattere
Bibliotekernes beskrivelse How do words come to stand for what they stand for? Is a word's reference fully identified or described by conventions known to the users of the word? Mario Gomez-Torrente tackles these questions and many more as he takes on the difficult task of describing the conventions which lead certain words to refer to what they do.