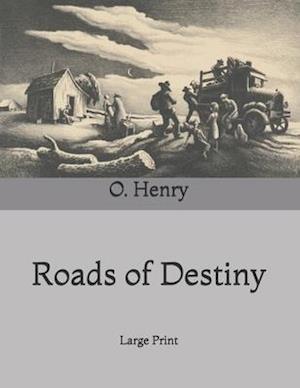 Three leagues, then, the road ran, and turned into a puzzle. It joined with another and a larger road at right angles. David stood, uncertain, for a while, and then took the road to the right.Whither it led he knew not, but he was resolved to leave Vernoy far behind that night. He travelled a league and then passed a large château which showed testimony of recent entertainment. Lights shone from every window; from the great stone gateway ran a tracery of wheel tracks drawn in the dust by the vehicles of the guests.Three leagues farther and David was weary. He rested and slept for a while on a bed of pine boughs at the roadside. Then up and on again along the unknown way.Thus for five days he travelled the great road, sleeping upon Nature's balsamic beds or in peasants' ricks, eating of their black, hospitable bread, drinking from streams or the willing cup of the goatherd.At length he crossed a great bridge and set his foot within the smiling city that has crushed or crowned more poets than all the rest of the world. His breath came quickly as Paris sang to him in a little undertone her vital chant of greeting-the hum of voice and foot and wheel.High up under the eaves of an old house in the Rue Conti, David paid for lodging, and set himself, in a wooden chair, to his poems. The street, once sheltering citizens of import and consequence, was now given over to those who ever follow in the wake of decline.The houses were tall and still possessed of a ruined dignity, but many of them were empty save for dust and the spider. By night there was the clash of steel and the cries of brawlers straying restlessly from inn to inn. Where once gentility abodewas now but a rancid and rude incontinence. But here David found housing commensurate to his scant purse. Daylight and candlelight found him at pen and paper.