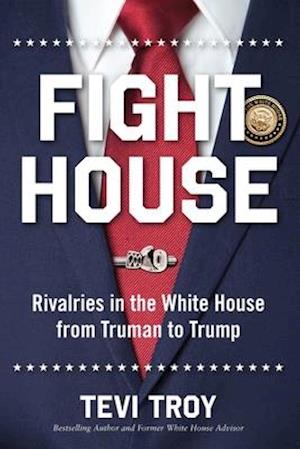 In Rivals: Factions, Feuds and Fights that Have Defined the Modern Presidency, Washington Post best-selling presidential historian and former senior White House aide Tevi Troy will examine some of the juiciest, nastiest, and most consequential internecine administration struggles in modern American history. In doing so, he will not only provide context on the administrations, the players, and their in-fighting, but also show how those fights shaped the administrations in question, the presidents' historical reputations, and the policy landscape of modern America. In showing these fights, the book will highlight tough tactics used by sharp-elbowed operatives to prevail in bureaucratic disputes, from leaks to delays in submitting items for review to moving rivals out of cherished office spaces. Rivals will also look at the presidents' role in all of this, and question long-standing assumptions about whether creative tension is really the best method of governing. In watching recent White House battles play out in public, it appears that Kearns-Goodwin's "Team of Rivals" approach has its limits, and that perhaps presidents should seek to create a time that reduces tensions rather than exacerbating them. Troy will employ both his historical knowledge as well as his own high level White House experience to inform recommendations on the best ways to staff and organize a White House to ensure the best results for the president, and for the American people. Part riveting interpersonal history, part case study, and part analysis of the commanders in chief and their teams, Rivals will be essential reading for students of the presidency, and of the nation as a whole.