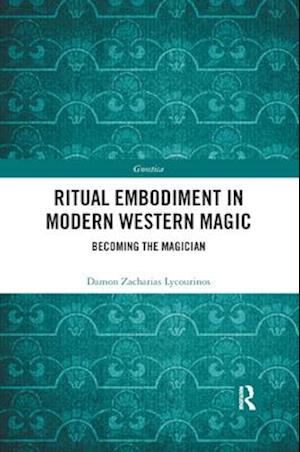 In the Western world, magic has often functioned as an umbrella term for various religious beliefs and ritual practices that seek to influence events by harnessing supernatural power. The definition of these myriad occult and esoteric traditions have, however, usually come from those that are opposed to its practice; notably authorities in religious, legal and intellectual spheres. This book seeks to provide a new perspective, directly from the practitioners of modern Western magic, by exploring how a distinctive mode of embodiment and consciousness can produce a transition from an 'ordinary' to a 'magical' worldview. Starting with an introduction to the study of magic in the Western academy, the book then presents the author's own participant observation of five ethnographic case studies of modern Western magic. The focus of these ethnographic case studies is directed towards ideas and methods the informants employ to self-legitimise and self-represent as 'magicians'. It concludes by discussing the phenomenological implications and issues around embodiment that are inherent to the contemporary practice of magic. This is a unique insight into the lived experience of practitioners of modern magic. As such, it will be of keen interest to scholars of the Occult and New Religious Movements, as well as Religious Studies academics examining issues around the embodiment and the anthropology of religion.