- The Story of Peter & John Ministries 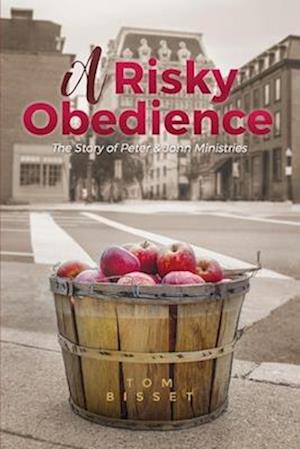 Introduction to the Revised EditionWriting the history of an organization in which you have a part is both easy and difficult. It's easy because you know the story. You were there for most of it. What is more, you can ask the participants themselves when you are unclear about certain facts.But it is also difficult because you are emotionally involved. In this case, my involvement is doubled because I am also related to the central figures in the story who are Peter (my uncle) and John (my father).One's first instinct is to make it perfect, to take readers down a one-way street that is straight and smooth. But in real life, all stories have bumps and potholes in them. And, in real life, people are not perfect.Peter and John were not perfect saints. They were people with short comings like everyone else. This book is simply the account of two men with special gifts whom God called and used in a remarkable way. In one sense, their lives were ordinary. They lived as others did, eating, working and living with their families and fulfilling their ministries as others have done. The truth is, they never thought of themselves as extraordinary people and certainly never as stars or Christian notables.But in another sense, their lives were extraordinary. Peter and John were noteworthy men, and it would take blindfolds not to see it. It will become evident fairly quickly as you read this book that God's hand was uniquely upon them, guiding their steps and providing for the ministry to which he had called them.I lived and worked my entire adult life with Peter and John. One thing I know with certainty is that they took none of the praise for what they accomplished. Yes, they did it; they made it happen. But they were also well aware that ultimately, "it is God who works in you, both to will and to do for His good pleasure" (Philippians 2:13) For, "He who calls you is faithful, who also will do it" (1 Thessalonians 5:24).It is worth noting that when I first proposed writing this history of the Fellowship, both my father and my uncle resisted the idea. They had questions about doing something that might draw special attention to them or make them appear larger than life. It took a year or more of gentle prodding before they both agreed to the project.Without question, God gave Peter and John special gifts that helped them reach higher and wider than most. Yet the bedrock of their lives and ministry was their intense, unyielding desire to serve God and do his will. They put their hands to the plow and never looked back. Men of greater abilities have accomplished less because they lacked this simple but fierce determination.Revising Every Day With Jesus was both a blessing and a challenge for me. It was wonderful to relive those happy days and bring the story up to date. However, I did not realize how difficult it would be to merge the old and the new from beginning to end in a relatively straight line. I also knew that past and present tense verbs would pose a continuing challenge from beginning to end. I even flirted briefly with a misguided idea about doing an end run around that difficulty which I recount briefly in the Intermission chapter.The best I can say is that the revised edition, however oddly juxtaposed at times, is quite readable. I believe, as well, that adding short, first-person biographies by people who were themselves part of the story gives this updated version of Every Day With Jesus a personal feel that I downplayed in the first edition. Now, here it is: the interesting and inspiring account of what God accomplished through Peter and John Bisset within the context of the Peter and John Radio Fellowship. I apologize to those I may have overlooked. I hope readers who know more about particular anecdotes or events than I do will grant me some grace where I haven't gotten things quite right. Memories can be fuzzy at this distance and it is possible that certain facts are n