Risk of a Lifetime

- How, When, and Why Procreation May Be Permissible 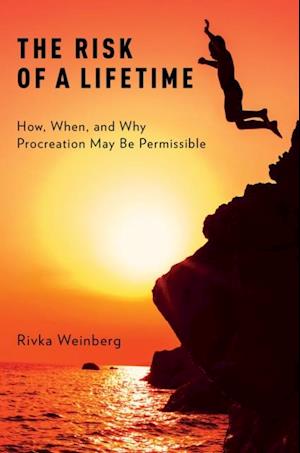 Having children is probably as old as the first successful organism. It is often done thoughtlessly. This book is an argument for giving procreating some serious thought, and a theory of how, when, and why procreation may be permissible. Rivka Weinberg begins with an analysis of the kind of act procreativity is and why we might be justifiably motivated to engage in it. She then proceeds to argue that, by virtue of our ownership and control of the hazardous material that is our gametes, we are parentally responsible for the risks we take with our gametes and for the persons that develop when we engage in activity that allows our gametes to unite with others and develop into persons. Further argument establishes that when done respectfully, and in cases where the child's chances of leading a life of human flourishing are high, procreation may be permissible. Along the way, Weinberg argues that the non-identity problem is a curiously common mistake. Arguments intending to show that procreation is impermissible because life is bad for people and imposed on them without their consent are shown to have serious flaws. Yet because they leave us with lingering concerns, Weinberg argues that although procreation is permissible under certain conditions, it is not only a welfare risk but also a moral risk. Still, it is a risk that is often permissible for us to take and impose, given our high level of legitimate interest in procreativity. In order to ascertain when the procreative risk is permissible to impose, contractualist principles are proposed to fairly attend to the interests prospective parents have in procreating and the interests future people have in a life of human flourishing. The principles are assessed on their own merits and in comparison with rival principles. They are then applied to a wide variety of procreative cases.