The Rise and Fall of Triumph 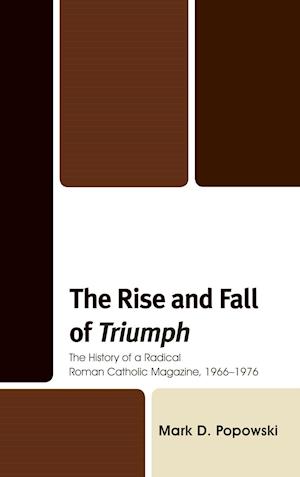 This is a history of Triumph-a post-Vatican II, Roman Catholic lay magazine-that examines its origins and decline, paying special attention to the editors' often bellicose views on a range of issues, from Church affairs to the Vietnam War, and civil rights to abortion. Triumph's editors formed the magazine to defend the faith against what they perceived as the imprudent and secular excesses of Vatican II reformers, but especially against what they viewed as an increasing barbarous and anti-Christian American society. Yet Triumph was not a defensive magazine; rather, it was audaciously triumphalist-proclaiming the Roman Catholic faith as the solution to America's ills. The magazine sought to convert Americans to Roman Catholicism and to construct a confessional state, which subjected its power to the moral authority of the Roman Catholic Church. If the liberalizing and secularizing trajectory in American society exalted man as sovereign of himself and his world, as Triumph's editors posited, then their mission was to reinstitute Christ's Kingship, to hallow the world in His name.