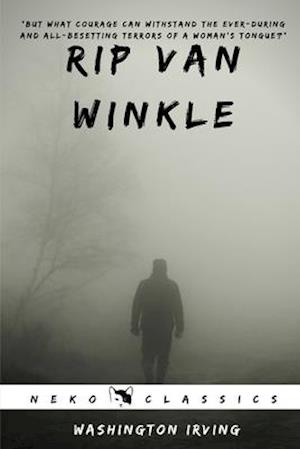 This is the story of Rip Van Winkle--that curious fellow, who with his dog, Wolf, ran away from a hard day's work to the Catskill Mountains only to discover in a forgotten valley a strange band of revelers who gave him a drink so powerful he slept for twenty years! Rip Van Winkle is one of those stories we seem to recollect from childhood but perhaps are not sure exactly how. It feels like a traditional folk tale; as though its origins have been lost in antiquity. Indeed the name "Rip Van Winkle" now seems synonymous with the idea of someone going to sleep, meeting up in his dreams with fairy folk, and waking to discover that many years had passed in the interim. Yet the idea of the story is present in many cultures.The short story Rip Van Winkle was in fact first published in 1819, and written by the American author, essayist, biographer and historian, Washington Irving