indgår i serie The Anne of Green Gables Series 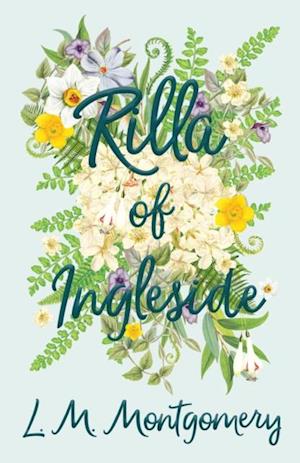 Rilla of Ingleside' is the eighth book in the 'Anne of Green Gables' series. Anne's daughter, fourteen year old Rilla, can think of little else but day dreaming of her first dance and hoping for her first kiss. However, everything changes at Ingleside when Rilla's brothers go off to fight in the 'Great War' and she comes across an orphaned child that requires care and a loving home. This early work by Lucy Maud Montgomery was originally published in 1921 and we are now republishing it with a brand new introductory biography. Lucy Maud Montgomery was born on 30th November 1874, New London, in the Canadian province of Prince Edward Island. Her mother, Clara Woolner (Macneil), died before Lucy reached the age of two and so she was raised by her maternal grandparents in a family of wealthy Scottish immigrants. In 1908 Montgomery produced her first full-length novel, titled 'Anne of Green Gables'. It was an instant success, and following it up with several sequels, Montgomery became a regular on the best-seller list and an international household name. Montgomery died in Toronto on 24th April 1942.