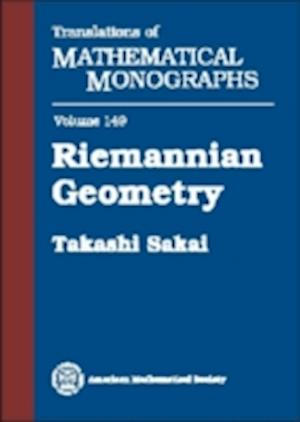 This volume is an English translation of Sakai's textbook on Riemannian geometry which was originally written in Japanese and published in 1992. The author's intent behind the original book was to provide to advanced undergraduate and graduate students an introduction to modern Riemannian geometry that could also serve as a reference. The book begins with an explanation of the fundamental notion of Riemannian geometry. Special emphasis is placed on understandability and readability, to guide students who are new to this area. The remaining chapters deal with various topics in Riemannian geometry, with the main focus on comparison methods and their applications. The author has faithfully translated the Japanese edition with the exception of appendix 6-on the collapsing of Riemannian manifolds and Gromov's convergence theorem - which has been considerably revised and expanded, including the addition of a few comments on further developments and corrections of small errors.