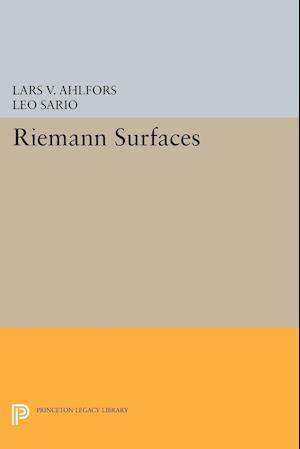 The theory of Riemann surfaces has a geometric and an analytic part. The former deals with the axiomatic definition of a Riemann surface, methods of construction, topological equivalence, and conformal mappings of one Riemann surface on another. The analytic part is concerned with the existence and properties of functions that have a special character connected with the conformal structure, for instance: subharmonic, harmonic, and analytic functions. Originally published in 1960. The Princeton Legacy Library uses the latest print-on-demand technology to again make available previously out-of-print books from the distinguished backlist of Princeton University Press. These editions preserve the original texts of these important books while presenting them in durable paperback and hardcover editions. The goal of the Princeton Legacy Library is to vastly increase access to the rich scholarly heritage found in the thousands of books published by Princeton University Press since its founding in 1905.