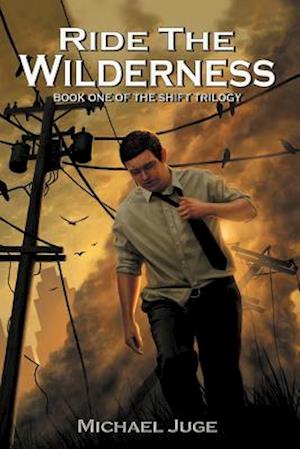 Washington DC Intelligence Analyst Chris Jung has gone fetal. Tormented by panic-fueled obsessive thoughts and buried in TPS reports, the walls of his cubicle are closing in. But when a mysterious series of EMPs plunges the industrialized world into darkness, it saves Chris from himself and spurs him to head for the hills with his pregnant wife.

Along the way, Chris meets Rita Luevano, a jaded Unitarian reverend who leads a motley horde fleeing to Monticello. Together with the remnants of a Marine battalion, Chris and Rita help establish communities of urban refugees in the Shenandoah Valley. They and the other lucky few who have escaped civilization's collapse learn the lost arts of subsistence agriculture, blacksmithing and archery in order to adapt to a world devoid of technology and instant gratification. Faced with the specter of starvation and death, Chris and Rita must face their own demons and conjure the dormant will to live even while pop tunes and TV commercials still ring fresh in their ears and they no longer have Wikipedia to give them the answers.

Not everything from the old world has perished. One corporate entity, a black ops military security corporation, weathered the collapse and seeks hostile takeovers of what the burgeoning communities have scraped together. Thrust out of their suburban malaise and into a gritty struggle for survival, a tenacious spirit awakens in the haunted souls of Chris and Rita who find their authentic selves at the end of civilization.