Richard Nixon and the Rise of Affirmative Action 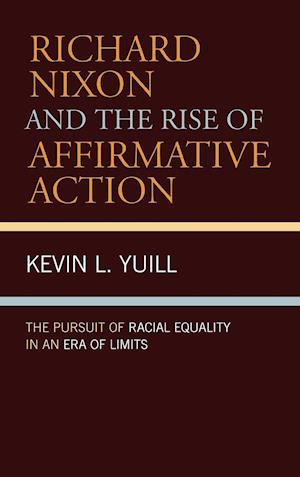 Richard Nixon is hardly remembered for his civil rights policies but there is no denying that, more than any other president, he is responsible for affirmative action. Noting Nixon's hostility towards busing, his political allegiances with segregationists, and the hostility of leading civil rights figures at the time, historians and political scientists have avoided explaining why the origins of modern affirmative action lie in the Nixon era. In this enlightening and original new work, Kevin Yuill combines extensive archival research with a careful analysis of the intellectual climate of the era to examine not only the conditions that made Nixon's policy decisions possible in the 1970s but also what motivated Nixon to act in the way that he did. He argues that in order to fully understand why Nixon embraced affirmative action, one must fully take into account the shifting context of American liberalism in the 1970s. In particular, Yuill contends that although government-enforced affirmative action did not fit into the postwar, growth-oriented liberalism, it emerged as an important regulatory policy blueprint in an era increasingly characterized by diminished horizons for social policy. Nixon's efforts in moving the focus of U.S. race relations from reform to indemnifying damages, Yuill argues, at least equals his contribution to the origins of affirmative action through policy innovations. Controversial and far-reaching, Richard Nixon and the Rise of Affirmative Action brings fresh research and a much-needed reinterpretation of a crucial yet still enigmatic period, president and policy.