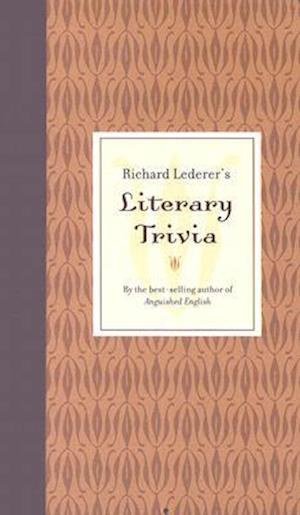 What fictional detective survived an attempted murder by his creator? (Sherlock Holmes)

Who was the single mother, living on state benefits, whose wizardly series of novels has made her the richest writer in England? (J. K. Rowling)

Richard Lederer is the author of more than 3,000 books and articles about language. His syndicated column, "Looking at Language," appears in newspapers and magazines throughout the United States. He has been elected International Punster of the Year and has been profiled in The New Yorker, People and The National Enquirer. Lederer hosts A Way with Words on weekend public radio. He lives with his wife in San Diego.

"If America had 'Living National Treasures, ' the way Japan and Korea do, Richard Lederer would be one." -Barbara Wallraff, author of Your Own Words