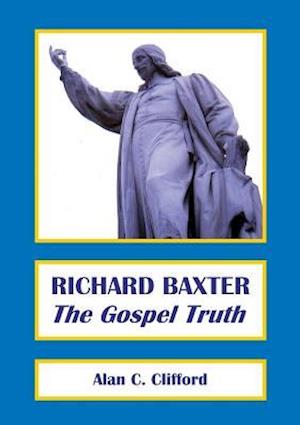 Richard Baxter (1615-91) was one of the leading Puritan divines and the author of devotional classics such as The Saints’ Everlasting Rest (1650). His famous ministry to the people of Kidderminster was marked by a deep and spontaneous human sympathy; he saw people suffer and his soul wept. None, said Baxter, should perish for want of hearing that Christ died for them. In his address to the Puritan Conference in 1959, Dr D. Martvn Lloyd-Jones was certain that when we speak of Baxter at Kidderminster ‘we are entitled to speak of revival’.

In his informative and provocative portrait, Alan Clifford places Baxter in the social and intellectual milieu of his age. He evokes the drama of the Civil War and examines Baxter’s support for the Parliamentary cause. At the same time he offers a muscular dissection of his subject’s theology. Dr Clifford asks whether the denigration of Baxter – even to the present day – is a result of valid judgements on the man and his thought, or the product of a skewed understanding. As he did in his acclaimed study of the Welsh preacher John Jones Talsarn, Dr Clifford shows himself freely in his book. If the evangelical renewal of the late 1950s had favoured Baxter over John Owen, he writes: ‘Evangelism would have been warmer and less inhibited, holiness more evidently fruitful, and biblical church unity more fervently pursued’.

With clashes of conviction and emotion on every page, Dr Clifford illuminates a fast-moving story with careful selections from the writings of Baxter, his supporters and his critics.