The Revolution of Moral Consciousness 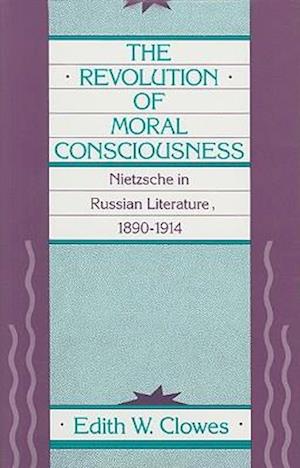 No other thinker so engaged the Russian cultural imagination of the early twentieth century as did Friedrich Nietzche. The Revolution of Moral Consciousness shows how Nietzschean thought influenced the brilliant resurgence of literary life that started in the 1890s and continued for four decades. Through an analysis of the Russian encounter with Nietzsche, Edith Clowes defines the shift in ethical and aesthetic vision that motivated Russia's unprecedented artistic renascence and at the same time led its followers to the brink of cultural despair. Clowes shows how in the last years of the nineteenth century a diverse array of writers and critics discovered Nietzsche's thought, embracing or repudiating it with equal vigor. The literary storm brewing around Nietzsche and the concurrent relaxation of censorship combined to attract a public eager to follow the new intellectual fashion. Young writers, such as Andreev and Kuprin, welcomed the idea of the "superman" as a promising path to personal fulfillment. The tragic fates of their protagonists and the alluring gospel of the vulgar Zarathustra-like characters of such bestselling authors as Boborykin, Artsybashev, and Verbitskaia found enthusiastic, if indiscriminating, audiences ready to be "taught" how to "find themselves." By considering this Nietzschean cult, Clowes draws fresh insight into the nature of the budding popular-culture industry in Russia and the fast-growing reading public. From this ferment emerged the greatest Russian literary voices of the early twentieth century. The revolutionary romantics, Gorky and Lunacharsky, sought in Nietzsche's writing a new vision of total social and cultural change. Merezhkovsky led a generation of mystic symbolists in the search for a literary myth of resurrection. Ivanov, Blok, and Belyi appropriated the image of the "crucified Dionysus" as the central symbol of spiritual transfiguration. Their encounters with Nietzschean thought disclose an even more profound creative struggle with their own cultural past and its established formulations of nation and individual, culture and history. Clowes uses the term future anxiety to speak of a creative mentality that strove to assert itself by diminishing the impact of powerful literary precursors, such as Tolstoi, Dostoevsky, and Solovyov, and opening to the imagination the vision of a future full of vast creative possibility.