- Studies of Roman Life and Literature 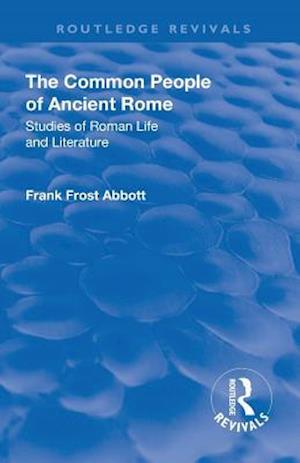 This book, like the volume on "Society and Politics in Ancient Rome," deals with the life of the common people, with their language and literature, their occupations and amusements, and with their social, political, and economic conditions. We are interested in the common people of Rome because they made the Roman Empire what it was. They carried the Roman standards to the Euphrates and the Atlantic; they lived abroad as traders, farmers, and soldiers to hold and Romanize the provinces, or they stayed at home, working as carpenters, masons, or bakers, to supply the daily needs of the capital. The other side of the subject which has engaged the attention of the author in studying these topics has been the many points of similarity which arise between ancient and modern conditions, and between the problems which the Roman faced and those which confront us.