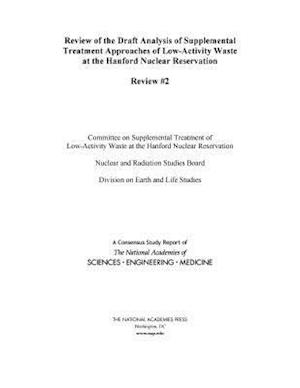 In 1943, as part of the Manhattan Project, the Hanford Nuclear Reservation was established with the mission to produce plutonium for nuclear weapons. During 45 years of operations, the Hanford Site produced about 67 metric tonnes of plutoniumaEURO"approximately two-thirds of the nation's stockpile. Production processes generated radioactive and other hazardous wastes and resulted in airborne, surface, subsurface, and groundwater contamination. Presently, 177 underground tanks contain collectively about 210 million liters (about 56 million gallons) of waste. The chemically complex and diverse waste is difficult to manage and dispose of safely.Section 3134 of the National Defense Authorization Act for Fiscal Year 2017 calls for a Federally Funded Research and Development Center (FFRDC) to conduct an analysis of approaches for treating the portion of low-activity waste (LAW) at the Hanford Nuclear Reservation intended for supplemental treatment. The second of four, this report reviews the results of the assessments, including the formulation and presentation of conclusions and the characterization and treatment of uncertainties.