Review of the Department of Energy's Genomics 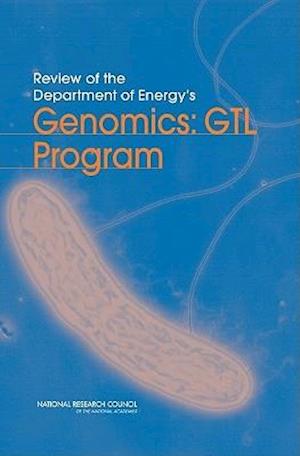 The U.S. Department of Energy (DOE) promotes scientific and technological innovation to advance the national, economic, and energy security of the United States. Recognizing the potential of microorganisms to offer new energy alternatives and remediate environmental contamination, DOE initiated the Genomes to Life program, now called Genomics: GTL, in 2000. The program aims to develop a predictive understanding of microbial systems that can be used to engineer systems for bioenergy production and environmental remediation, and to understand carbon cycling and sequestration. This report provides an evaluation of the program and its infrastructure plan. Overall, the report finds that GTLa (TM)s research has resulted in and promises to deliver many more scientific advancements that contribute to the achievement of DOEa (TM)s goals. However, the DOEa (TM)s current plan for building four independent facilities for protein production, molecular imaging, proteome analysis, and systems biology sequentially may not be the most cost-effective, efficient, and scientifically optimal way to provide this infrastructure.As an alternative, the report suggests constructing up to four institute-like facilities, each of which integrates the capabilities of all four of the originally planned facility types and focuses on one or two of DOEa (TM)s mission goals. The alternative infrastructure plan could have an especially high ratio of scientific benefit to cost because the need for technology will be directly tied to the biology goals of the program.

Forfattere
Bibliotekernes beskrivelse The US Department of Energy (DOE) promotes scientific and technological innovation to advance the national, economic, and energy security of the US. This book provides an evaluation of the program and its infrastructure plan. It finds that GTL's research offers to deliver scientific advancements that contribute to the achievement of DOE's goals.