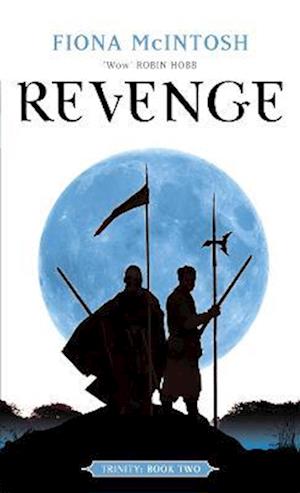 Only the Trinity can stop the vengeful god Orlac from destroying the Land. Yet the Trinity itself remains a mystery.Saved from death by a powerful act of Spiriting, Torkyn Gynt completes his healing in the sanctuary of the Heartwood. But Orlac's powers are waxing, and time is running out.Torkyn is forced to spread his resources thin, sending his spirit companion, Yargo, to find the three mysterious Stones of Ordolt, while he sets out on a dangerous mission to track down his enemy, Goth. But Tor's quest is sidetracked when his falcon, Cloot, is captured by pirates and he himself falls victim to slave ships.In Tallinor, Alyssa believes her beloved Tor is dead and must find the strength to forgive the King who ordered his execution. Meanwhile, the Paladin gather around those they protect, unaware that a new terror is emerging to threaten the Land . . .