Revealed: The Hunt for Bin Laden

- In Association with the National September 11 Memorial and Museum 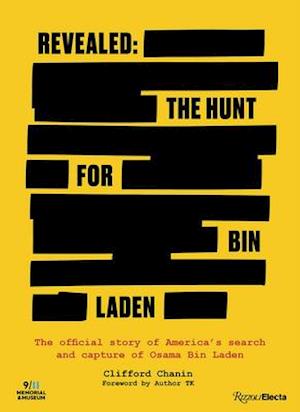 Reading like the world s greatest action thriller, and with never-before-read first-person accounts and never-before-seen artifacts, this indispensable resource documents one of the most dramatic missions in American history. Based on the 9/11 Museum s special exhibition, Revealed draws on exclusive interviews with President Barack Obama, Secretary of State Hillary Clinton, Secretary of Defence Robert Gates, CIA Director Leon Panetta, and Admiral William McRaven, the mission commander, all woven together with oral histories from the SEALs who participated in the mission and the intelligence officers and analysts who tracked bin Laden down. Illustrations include surveillance imagery, maps, and the famous model of the Abbottabad compound built to brief the president on options and used by the SEAL command to plan the raid all being made public for the first time.

Forfattere
Bibliotekernes beskrivelse We all know how the story ends and think we know how it unfolded, but here, for the first time, is the official and authoritative story of the ten-year global search for Osama bin Laden, culminating in the May 2011 raid by U.S. Navy SEALs in Pakistan.