Return to the Rapido 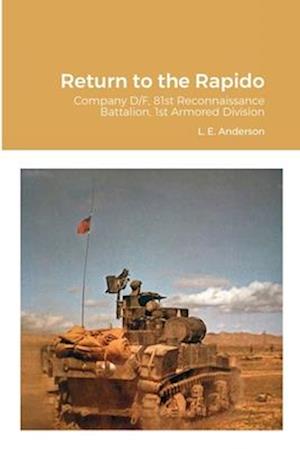 A remarkable memoir of service by a tanker with the 81st Reconnaissance Battalion of the 1st Armored Division, equipped initially with the Light Tank M3 "Stuart" and later the Light Tank M24 "Chaffee". Covers the unit's service, from pre-war training, through shipment overseas to England, then to Northern Ireland, back to England, then to North Africa, and on to Italy where it ended the war. CONTENTS: Life in the Homeland | This is the Army | An Irish Summer | Prelude to Peril | Africa and the Arabs | Axis Encounter | Axis Defeat | Rest and Respite | Return to the Rapido | Enemies Become Friends | On to Rome | Pursuit to Pisa | Apennine Winter | Unconditional Surrender | Chronology. 8 photos, 6 maps. A Merriam Press World War II Autobiography.