Return to the Berber Village 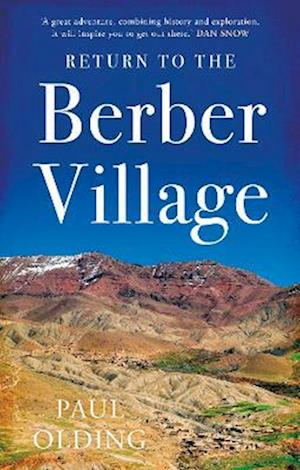 1955. Five Oxford University students embark on an expedition to study the Berber tribes of Southern Morocco, unaware the country is in the throes of a nationalist uprising.Fifty years later, after stumbling across their story, Paul Olding set out (with his nephew James) to try and follow in the students' footsteps, venturing up into the High Atlas Mountains in search of the Berber Village the team once called home.Return to the Berber Village is part memoir, part travelogue, with a strong historical perspective. Armed with the students' personal diaries, photographs and an original hand drawn map to help locate the village, join Paul as he uncovers how the team of undergraduates inadvertently chronicled the final dying days of the French administration of Morocco, and the fall of the infamous French sympathiser, T'hami el Glaoui, the Pasha of Marrakech. On his journey of discovery, Paul explores the impact Moroccan independence has made on the lives of the mountain Berbers, connecting with the past by tracking down the families of people that had known the Oxford students, enjoying Berber hospitality along the way and copious glasses of sweet mint tea.

Forfatter
Bibliotekernes beskrivelse 1955. Five naive students are on an expedition from Oxford University to Southern Morocco, a country in the throes of a Nationalistic uprising.