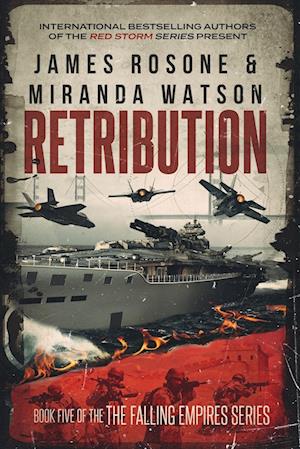 After two bloody years of war...

... America has united for one common cause.

The global conspiracy to dismantle the country is finally exposed. The perpetrators of these heinous acts are being hunted down and dealt with by JSOC and the CIA Special Activities Division.

Knowing the war is lost, the Chinese begin to implement a complete scorched earth policy across large swaths of America. Texas, New Mexico, Arizona, and California are becoming complete wasteslands. A genocide of biblical proportions is taking place and the death toll climbs into the millions.

America responds with unparalled wrath as it unleashes a new superweapon.

The time for retribution is now. America will not be denied its pound of flesh.

If you love fast-paced action and political intrigue, you'll love this fifth and final installment of the Falling Empires Series.

The Falling Empires Series is best read in order, as each book builds upon the previous work. The reading order is as listed: