indgår i serie Sexualities in Society 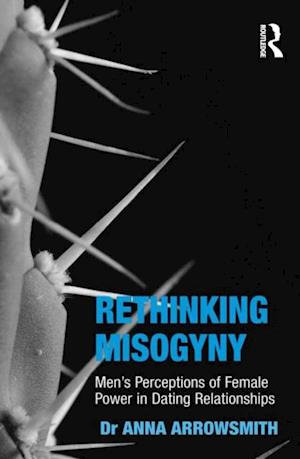 In this path-breaking book Anna Arrowsmith analyses gendered dating behaviour and shows how men's behaviour is both defined and illustrated by societal norms that require a particular masculine performance, including those desired by potential female performers. Using the case-study of pick-up artistry which is compared to interviews with other men who date women, this book analyses how the men deal with conflicting ideas borne out of living in an age when both hegemonic (harder, historic) and inclusive (softer, modern) masculinities co-exist. It asks whether men acknowledge their own insecurities or whether they focus on perceived external triggers, such as female culpability as a means of ignoring their own concerns, or, whether men respond to insecurities by focusing on an active process of overcoming them. Through exploring male experiences of female beauty, emotions, fertility, strength, female violence and sexual assault, Arrowsmith's findings encourage a new path of enquiry in gender studies which explores and includes men's words as central to interpreting their behaviour and how it is understood. This book has political worth as it differentiates and delineates between emotive and often misogynistic demands for an entire rethink of the gender order by some men's rights activists and a genuine need to incorporate male insecurities and psychological experiences in how we understand gender to be structured and performed, as a means to increase equality.