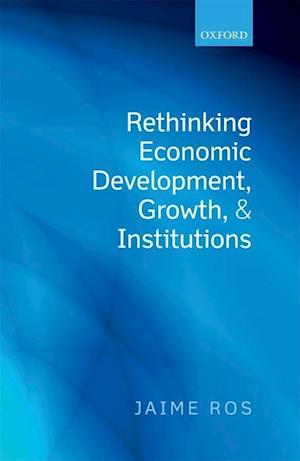 Why are some countries richer than others? Why do some economies grow so much faster than others do? Do economies tend to converge to similar levels of per capita income? Or is catching up simply impossible? If modern technology has shown the potential to raise living standards to first-world levels, why is it that the vast majority of the world's population lives in poverty in underdeveloped countries? These questions have been at the heart of development economics since its inception several decades ago and are now at the center of the research agenda of the modern economics of growth. This book reviews the answers to these questions in the contemporary fields of growth theory and comparative development. It is a sequel to Development Theory and the Economics of Growth published in 2000 with the aim to vindicate the theoretical insights and accumulated empirical knowledge of classical development economics and to integrate them into the mainstream of modern growth economics. The growth and development fields have expanded in the last twelve years in welcome directions that aim to deepen our understanding of the fundamental determinants of comparative development.This new book evaluates these new directions, including developments in endogenous growth theory and economic geography as well as the rise and challenge of the new institutional economics, in the light of the earlier, classical contributions to development theory.

Forfattere
Bibliotekernes beskrivelse Presents the contributions that early development theory can make to growth economics in answering why some countries are richer than others and why some economies grow faster than others. 76 Figures, 24 Tables