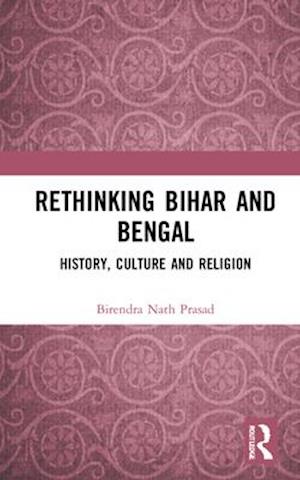 This book is a collection of some of the published papers of the author, published mostly abroad, and unravels some significant yet hitherto neglected aspects of history, culture and religion of Bihar and Bengal: two areas that were connected through an intricate network of rivers. Themes looked into are: early historic urbanisation in the Mithila plains of North Bihar; the social history of Brahmanical religious institutions (temples and Mathas) in early medieval Bihar and Bengal; the social history of Buddhist monasticism in early medieval Bihar and Bengal; the integration of a local goddess into the institutional fabric of Mahayana Buddhism; the survival of Buddhism in the thirteenth and fourteenth century AD; pilgrimage from Central India and Deccan to a Hindu pil grimage centre of Bihar in the medieval period; and the debate on the Islamisation of medieval eastern Bengal.Please note: Taylor & Francis does not sell or distribute the Hardback in India, Pakistan, Nepal, Bhutan, Bangladesh and Sri Lanka.