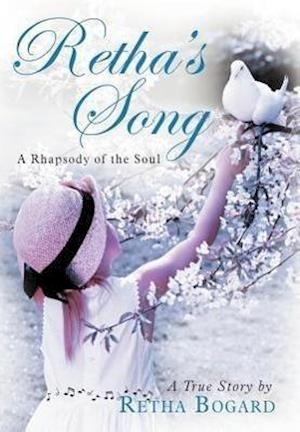 In Retha's Song: A Rhapsody of the Soul, Retha hears her "God," the sun, speak to her for the first time at the age of seven. He speaks of a baby boy being born who lived far away from her and is her beloved. As long as she listens to God's voice and stays on her path and the young boy stays on his path, with God's guidance, they will meet.

She strays many times from the voice of God and her path. During the journey, she is struck with a devastating Bipolar Disorder, and her young son is diagnosed with Crohn's disease, which nearly took his life. Her faith began taking new direction, and she began experiencing phenomenal supernatural events in her life. Her intuition became increasingly powerful; however, internal, mind-altering suffering kept plaguing her.

Music, directed by the angels, was the compelling force that was the interwoven thread that could bring these two souls together, as they are both singers and songwriters. Could a miracle happen?