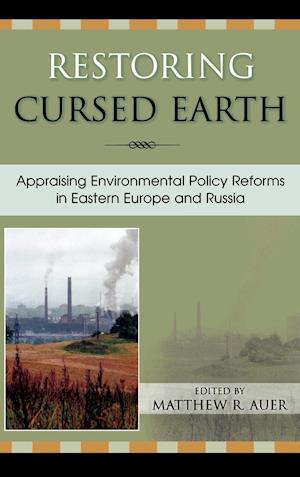 Among the most costly and complicated chapters in the former Eastern bloc countries' transitions to democracy is the clean up and restoration of the environment. Even as Communist-era environmental problems fade in significance-such as pollution from heavy industry-new threats have emerged. Urban sprawl, increasing pollution from mobile sources, and other problems familiar to Western European citizens now plague the East. These problems are compounded by the lack of transparency and accountability in former Eastern bloc environmental regulatory institutions and the general weakness of environmental authorities and nongovernmental organizations vis-^-vis powerful pro-development interests. Restoring Cursed Earth considers how rule-making, sanctions, incentives, and programs shape environmental protection efforts, and whether and to what extent these emerging policy structures are promoting environmental well-being for citizens in Russia, the Czech Republic, Hungary, Romania, and Estonia. In addition, informal institutions, such as illegal and corrupt acts, language, and ties of affection between family and friends are explored as key determinants of environmental reforms.