Responsibility to Protect and the International Criminal Court

- Protection and Prosecution in Kenya

indgår i serie Global Politics and the Responsibility to Protect 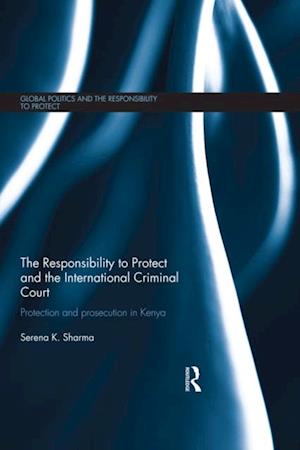 This book provides an account of how the responsibility to protect (R2P) and the International Criminal Court (ICC) were applied in Kenya. In the aftermath of the disputed presidential election on 27 December 2007, Kenya descended into its worst crisis since independence. The 2007-08 post-election crisis in Kenya was among the first situations in which there was an appeal to both the responsibility to protect and a responsibility to prosecute. Despite efforts to ensure compatibility between R2P and the ICC, the two were far from coherent in this case, as the measures designed to protect the population in Kenya undermined the efforts to prosecute perpetrators. This book will highlight how the African Union-sponsored mediation process effectively brought an end to eight weeks of bloodshed, while simultaneously entrenching those involved in orchestrating the violence. Having secured positions of power, politicians bearing responsibility for the violence set out to block prosecutions at both the domestic and international levels, eventually leading the cases against them to unravel. As this book will reveal, by utilising the machinery of the state as a shield against prosecution, the Government of Kenya reverted to an approach to sovereignty that both R2P and the ICC were specifically designed to counteract. This book will be of interest to students of the Responsibility to Protect, humanitarian intervention, African politics, war and conflict studies and IR/Security Studies in general.