- Drama Reform and Cultural Transformation in the People's Republic of China 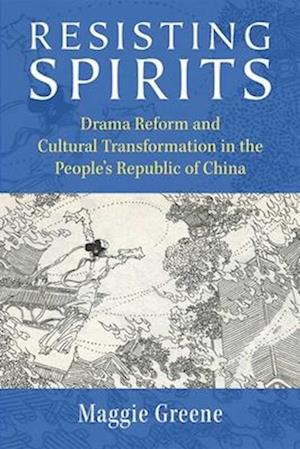 Resisting Spirits is a reconsideration of the significance and periodization of literary production in the high socialist era, roughly 1953 through 1966, specifically focused on Mao-era culture workers' experiments with ghosts and ghost plays. Maggie Greene combines rare manuscript materials--such as theatre troupes' annotated practice scripts--with archival documents, memoirs, newspapers, and films to track key debates over the direction of socialist aesthetics. Through arguments over the role of ghosts in literature, Greene illuminates the ways in which culture workers were able to make space for aesthetic innovation and contestation both despite and because of the constantly shifting political demands of the Mao era. Ghosts were caught up in the broader discourse of superstition, modernization, and China's social and cultural future. Yet, as Greene demonstrates, the ramifications of those concerns as manifested in the actual craft of writing and performing plays led to further debates in the realm of literature itself: If we remove the ghost from a ghost play, does it remain a ghost play? Does it lose its artistic value, its didactic value, or both? At the heart of Greene's intervention is "just reading" the book regards literature first as literature, rather than searching immediately for its political subtext, and the voices of dramatists themselves finally upstage those of Mao's inner circle. Ironically, this surface reading reveals layers of history that scholars of the Mao era have often ignored, including the ways in which social relations and artistic commitments continued to inform the world of art. Resisting Spirits thus illuminates the origins of more famous literary inquisitions, showing how the arguments surrounding ghost plays and the fates of their authors place the origins of the Cultural Revolution several years earlier, with a radical new shift in the discourse of theatre.