Resistance and Revolution in Mediterranean Europe 1939-1948 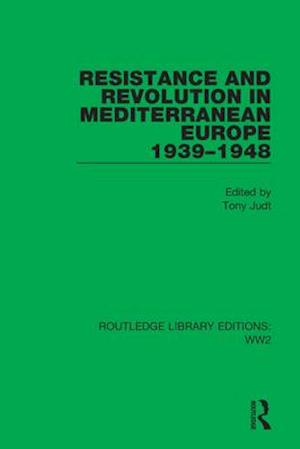 This book, first published in 1989, is the first general study of Communism in Mediterranean Europe during and immediately after the war. It sheds light on the origins of Europe's Cold War East-West divide and probes the common and conflicting interests of the Soviet Union with the separate national and Communist resistance movements. It explores controversial issues including Stalin's intentions in post-war diplomacy, Communist attitudes to Nazi collaboration in France, and the origins of the Cold War. The decade following the outbreak of the war saw the transformation of society through armed conflict, national resistance and political revolution. The relationship between resistance to Fascism and occupation, on the one hand, and profound social and political changes on the other, was especially marked in southern Europe. In France and Italy, Communist parties emerged as prominent participants in post-war governments; in Yugoslavia the Communist partisans seized full power and effected a social revolution; while a similar attempt in Greece led to a long and bitter civil war.