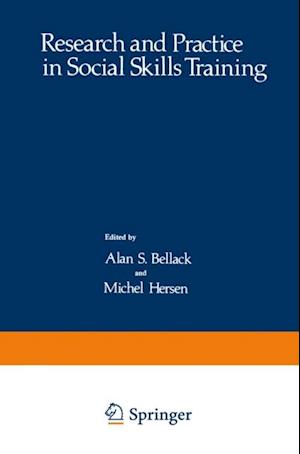 It is perhaps trite to refer to human beings as social animals, but never- theless it is true. A substantial portion of our lives is spent in interactions with other people. Moreover, the nature, quality, and quantity of those interactions have a tremendous impact on behavior, mood, and the adequacy of adjustment. Faulty interpersonal relationship patterns have reliably been associated with a wide variety of behavioral-psychological dysfunctions ranging from simple loneliness to schizophrenia. Most 'traditional' analyses of interpersonal failures have viewed them as consequences or by-products of other difficulties, such as anx- iety, depression, intrapsychic conflict, or thought disorder. Con- sequently, remediational efforts have rarely been directed to interper- sonal behavior per se. Rather, it has been expected that interpersonal relationships would improve when the source disorder was eliminated. While this model does account for some interpersonal dysfunctions (e.g., social anxiety can inhibit interpersonal behavior), it is not adequate to account for the vast majority of interpersonal difficulties. In fact, in many cases those difficulties either are independent of or underlie other dysfunctions (e.g., repeated social failure may produce depression or social anxiety).