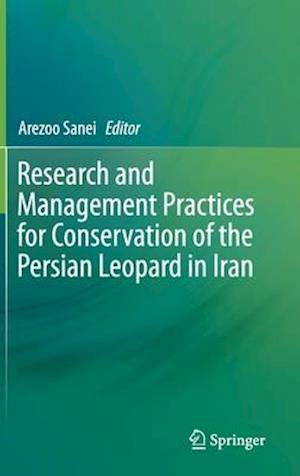 The population of the Persian leopard (Panthera pardus saxicolor) has drastically declined; this Asian leopard subspecies has disappeared from some parts of its former range. Containing large areas of potential habitats with leopard presence across almost all of its provinces, Iran is known to be the last stronghold for the Persian leopard in the region. This book comprehensively covers research, management and conservation practices of the Persian leopard, including:* The first phase of the Persian Leopard National Action Plan in Iran together with an innovative leopard insurance program and a contingent valuation practice with respect to the wildlife trafficking law enforcement in Iran* Research on a hypothesis about the risk of a major fragmentation and splitting the leopard distribution range in Iran into a northern and a southern parts* An innovative and empirically fitted species- and region-specific approach for assessing the cumulative effect of land use and land cover changes on the leopard persistence* Distribution modeling of leopard potential habitats on a regional basis, accompanied by ground validation techniques* An evaluation to three threshold rules to define the habitat suitability indices* Persian leopard habitats and relative corridors in the trans-boundary areas of the East Azarbaijan province of the northwest of Iran in the Caucasus Ecoregion. The innovative research and conservation approaches presented in this book will be of great interest to those studying the leopard and other large carnivore species. The innovative models presented in this book about cumulative effect of the land use and land cover changes will be beneficial to land use managers, planners and decision makers in selecting wildlife friendly solutions for development programs. The strategic and action planning model as well as the leopard compensation program as an insurance scheme are developed specifically for the local condition and leopard status in Iran.