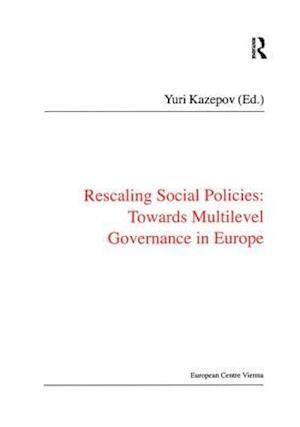 The workings of multi-level governance -- institutional choices concerning centralisation, decentralisation and subsidiarity -- are widely debated within European public policy, but few systematic studies assessing the effects of changing divisions of power for policy-making have been carried out. This volume offers an assessment of the workings of multi-level governance in terms of social welfare policy across different clusters of European states -- Nordic, Southern European, Central and East European. This book reports on a major comparative study at the European Centre for Social Welfare policy and Research, which included partners from univerisities in Finland, France, Italy, Norway, Sweden, Poland, Spain and Switzerland. It reports on three particular policy areas: social assistance and local policies against poverty; activation and labour market policies; and care for the elderly. The authors describe different starting points, strategies and solutions in European countries which are facing similar challenges and could thus learn from each other. They explore the differences between European welfare regimes in terms of territorial responsibilities, the changes that have taken place over the past few years and their effects. The book is distinctive in highlighting comparative transversal and transnational issues of multi-level governance in social welfare policies, rather than presenting country reports.