Reptiles and Amphibians of Australia 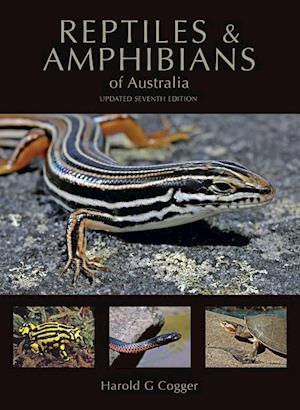 Reptiles and Amphibians of Australia is a complete guide to Australia's rich and varied herpetofauna, including frogs, crocodiles, turtles, tortoises, lizards and snakes. For each of the 1,218 species there is a description of its appearance, distribution and habits. Each species is accompanied by a distribution map and, in many cases, one of the book's more than 1000 color photographs of living animals. The book also includes 130 simple-to-use dichotomous keys--accompanied by hundreds of explanatory drawings--which in most cases allow a specimen in hand to be identified. In addition, it has a comprehensive list of scientific references for those wishing to conduct more in-depth research, an extensive glossary, and basic guides to the collection, preservation and captive care of specimens. This classic work was originally published in 1975. The updated seventh edition contains a new Appendix that discusses recent changes and lists over 80 new or resurrected species and genera that have been added to the Australian frog and reptile fauna since the 2014 edition.