Representations of 'Roman' Catholicism in Armenia, Ethiopia and Central Europe

- Art at the 'Borders' of Fifteenth-Century Christianity

indgår i serie Routledge Research in Art and Religion 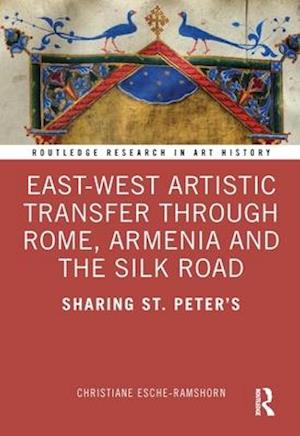 The focus of this book lies in the pilgrim compounds for foreign communities at the Vatican in the Renaissance, namely those of Ethiopia, Armenia, Hungary and Germany. How did pilgrims from such different nations share sacred space in the single-faith pilgrimage destination of Rome? What were the consequences for the arts of the presence of these nations in Rome? Without taking an Eurocentric view, this book explores the role of missionaries, merchants, artists, artefacts and symbols travelling between the 'West' and two regions at the borders of Christianity, that is, Armenia and Ethiopia, and examines questions of identity (faith, alphabet, language). Analyzing the spread of the Renaissance style outside of Europe, the author introduces the idea of a 'geography of the dogma' as a means of defining categories for a comparative art history of the Christian Orient and its links with the West. Art at the 'Borders' of Fifteenth-Century Christianity opens a new research window into the culturally mixed landscapes in the Christian Orient, the Middle East and North-eastern Africa, by taking into consideration their many indigenous and foreign artistic components.