Representations of Pain in Art and Visual Culture

indgår i serie Routledge Advances in Art and Visual Studies 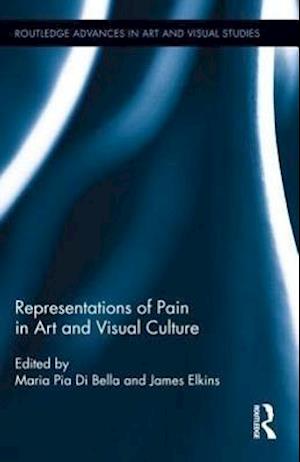 The presentation of bodies in pain has been a major concern in Western art since the time of the Greeks. The Christian tradition is closely entwined with such themes, from the central images of the Passion to the representations of bloody martyrdoms. The remnants of this tradition are evident in contemporary images from Abu Ghraib. In the last forty years, the body in pain has also emerged as a recurring theme in performance art. Recently, authors such as Elaine Scarry, Susan Sontag, and Giorgio Agamben have written about these themes. The scholars in this volume add to the discussion, analyzing representations of pain in art and the media. Their essays are firmly anchored on consideration of the images, not on whatever actual pain the subjects suffered. At issue is representation, before and often apart from events in the world. Part One concerns practices in which the appearance of pain is understood as expressive. Topics discussed include the strange dynamics of faked pain and real pain, contemporary performance art, international photojournalism, surrealism, and Renaissance and Baroque art. Part Two concerns representations that cannot be readily assigned to that genealogy: the Chinese form of execution known as lingchi (popularly the "death of a thousand cuts"), whippings in the Belgian Congo, American lynching photographs, Boer War concentration camp photographs, and recent American capital punishment. These examples do not comprise a single alternate genealogy, but are united by the absence of an intention to represent pain. The book concludes with a roundtable discussion, where the authors discuss the ethical implications of viewing such images.