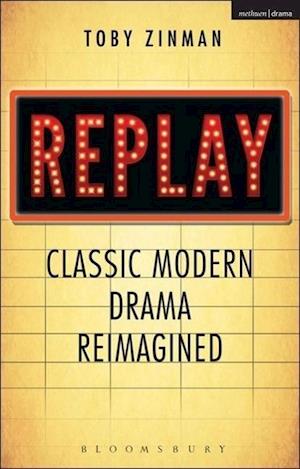 Replay: Classic Modern Drama Reimagined spans over a century of great theatre to explore how iconic plays have been adapted and versioned by later writers to reflect or dissect the contemporary zeitgeist. Starting with A Doll's House, Ibsen's much-reprised masterpiece of marital relations from 1879, Toby Zinman explores what made the play so controversial and shocking in its day before tracing how later reimaginings have reworked Ibsen's original. The spine of plays then includes such landmark works as Strindberg's Miss Julie, Oscar Wilde's comic The Importance of Being Earnest, Chekhov's Three Sisters and Uncle Vanya, Hansberry's A Raisin in the Sun, the Rattigan centenary revivals, Thornton Wilder's Our Town, ultimately arriving at Beckett's Waiting for Godot. Taking each modern play as the starting point, Zinman explores the diverse renderings and reworkings by subsequent playwrights and artists -including prominent directors and their controversial productions as well as acknowledging reworkings in film, opera and ballet.Through the course of this groundbreaking study we discover not only how theatrical styles have changed but how society's attitude towards politics, religion, money, gender, sexuality and race have radically altered over the course of the century. In turn Replay reveals how theatre can serve as both a reflection of our times and a provocation to them.