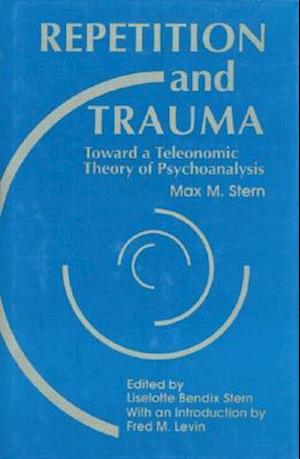 The culmination of over three decades of investigation into traumatic processes, Repetition and Trauma is the late Max Stern's pioneering reconceptualization of trauma in the light of recent insights into the physiology and psychology of stress and the "teleonomic" character of human evolution in developing defenses against shock. As such, it is a highly original attempt to reformulate certain basic tenets of psychoanalysis with the findings of modern biology in general and neurobiology in particular.At the core of Stern's effort is the integration of laboratory research into sleep and dreaming so as to clarify the meaning of pavor nocturnus. In concluding that these night terrors represent "a defense against stress caused by threatening nightmares," he exploits, though he interpretively departs from, the laboratory research on dreams conducted by Charles Fisher and others in the 1960s.From his understanding of pavor nocturnus as a compulsion to repeat in the service of overcoming a developmental failure to attribute meaning to states of tension, Stern enlarges his inquiry to the phenomena of repetitive dreams in general. In a brilliant reconstruction of Freud's Beyond the Pleasure Principle, he suggests that Freud was correct in attributing the repetitive phenomena of traumatic dreams to forces operating beyond the pleasure principle, but holds that these phenomena can be best illumined in terms of Freud's conception of mastery and Stern's own notion of "reparative mastery."