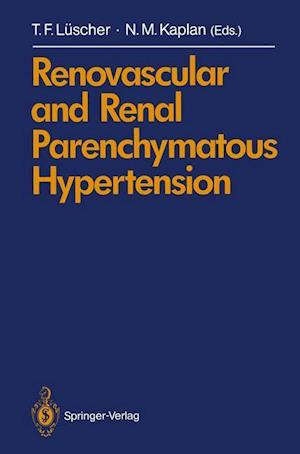 Ever since Richard Bright discovered the link between kidney disease and cardiac hypertrophy inhispioneeringworkin 1827,thefieldofrenovascularandrenal parenchy- matous hypertension has been a transatlantic adventure. Towards the end of the nine- teenth century, Tigerstedt and Bergman discovered that the kidneys contain a factor whichraisedbloodpressurewheninjected intointactanimals. Theynamedthesubstance renin, which is now known as the crucial enzyme activating the angiotensin aldosterone system, which is so pertinent in the regulation of blood pressure and kidney function. After this crucial European contribution to the field, Harry Goldblatt at the Cleveland Clinic demonstrated in his classical experiments that reduction in renal blood flow, by placing a clamp at the major renal artery, could induce sustained hypertension. These discoveries established the role of the kidney in certain forms of hypertension which are now classified as renovascular and renal parenchymatous hypertension.These fundamental concepts suggested - based on experimental evidence - that restoration of blood flow or nephrectomy in unilateral parenchymatous disease would lead to blood pressure normalization in these patients. Indeed, as early as the first half of this century, a report appeared demonstrating blood pressure normalization in a child with fibromusculardisplasiaofthe right renalartery after nephrectomy. Advances in surgical techniques later allowed reconstructive renovascular surgery and therefore a more appropriate form of therapy of the disease. In the late seventies Andreas Grtinzig initiated another European contribution to renovascular hypertension by introducting the procedure of percuteaneous transluminal angioplasty, an elegant catheter technique allowing non-surgical therapy of renovascular disease.