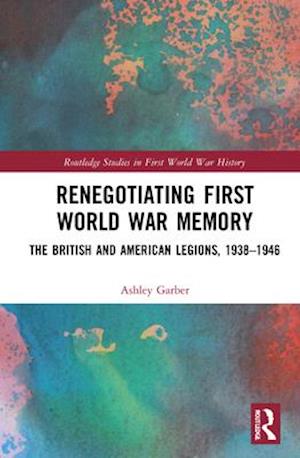 First World War-based ex-servicemen's organisations found themselves facing an existential crisis with the onset of the Second World War. This book examines how two such groups, the British and American Legions, adapted cognitively to the emergence of yet another world war and its veterans in the years 1938 through 1946. With collective identities and socio-political programmes based in First World War memory, both Legions renegotiated existing narratives of that war and the lessons they derived from those narratives as they responded to the unfolding Second World War in real time. Using the previous war as a "learning experience" for the new one privileged certain understandings of that conflict over others, inflecting its meaning for each Legion moving forward. Breaking the Second World War down into its constituent events to trace the evolution of First World War memory through everyday invocations, this unprecedented comparison of the British and American Legions illuminates the ways in which differing international, national, and organisational contexts intersected to shape this process as well as the common factors affecting it in both groups. The book will appeal most to researchers of the ex-service movement, First World War memory, and the cultural history of the Second World War.