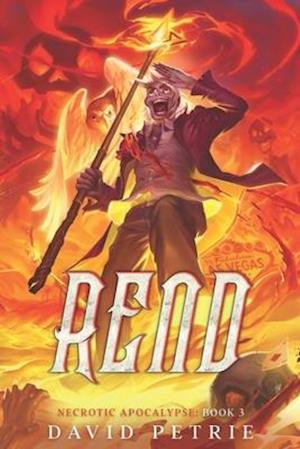 An empire on the rise. Sin City struggling to survive. Rules are meant to be broken.

Digby Graves is done running. He wants to make good on his declaration of war, which means he's going to need allies and a land to call his own. That's where Las Vegas comes in: what better kingdom could a necromancer ask for than the city of Sin itself? With an opportunist turned kingpin, an army of fanatics, and a hive full of monsters standing in his way, the stakes have never been higher. It will take every spell and underhanded tactic in his arsenal to carve out a victory.

Even though he's drawing in allies, the cards are stacked against him. Henwick is bent on ruling the world, and is willing to sacrifice anything or anyone to win. The only power that might sway the odds in Digby's favor has been locked down by his enemy... for now. With everything on the line, Digby is going to need an ace up his sleeve to come out on top.

It's time to assemble a crew and pull off the heist of the millennium.