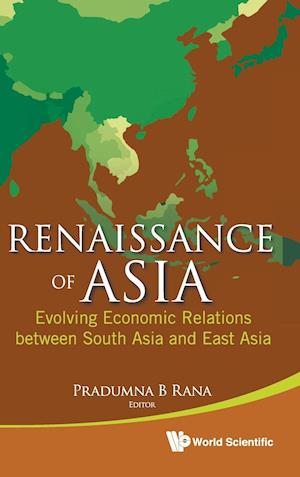 A recent study by the Asian Development Bank notes that by 2050, Asia's per capita income would rise six-fold to reach Europe's levels today, one of many indications of Asia's "re-emergence". By then, Asia's share of global GDP would have doubled and it would have regained the dominant economic position it once held some 300 years ago before the industrial revolution.What is less well-known is that during the previous eras of globalization, Asia was also regionally integrated and globally connected. During the 19th and the first half of the 20th centuries, Asia was divided and fragmented.This unique book argues that, led by the economic dynamism and "re-encountering" between China and India, we are witnessing the "Renaissance of Asia". As in the bygone eras, Asia is integrating within itself and the global economy is intensifying, now driven by market-oriented production networks and economic policies. Asia is starting to be "re-centered" as trade and investment relations between South Asia and East Asia surge. Asia's rise is a restoration of the past, not a revolution. This book is a must-read for anyone interested in the economic development of Asia.

Forfattere
Bibliotekernes beskrivelse Suitable for those interested in the economic development of Asia, this book argues that led by the economic dynamism and re-encountering between China and India we are witnessing Asia's re-emergence and re-integration or the Renaissance of Asia.