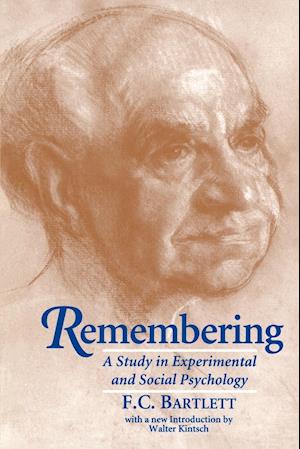 In 1932, Cambridge University Press published Remembering, by psychologist, Frederic Bartlett. The landmark book described fascinating studies of memory and presented the theory of schema which informs much of cognitive science and psychology today. In Bartlett's most famous experiment, he had subjects read a Native American story about ghosts and had them retell the tale later. Because their background was so different from the cultural context of the story, the subjects changed details in the story that they could not understand. Based on observations like these, Bartlett developed his claim that memory is a process of reconstruction, and that this construction is in important ways a social act. His concerns about the social psychology of memory and the cultural context of remembering were long neglected but are finding an interested and responsive audience today. Now reissued in paperback, Remembering has a new Introduction by Walter Kintsch of the University of Colorado, Boulder.