Remaking the urban: Heritage and transformation in Nelson Mandela Bay 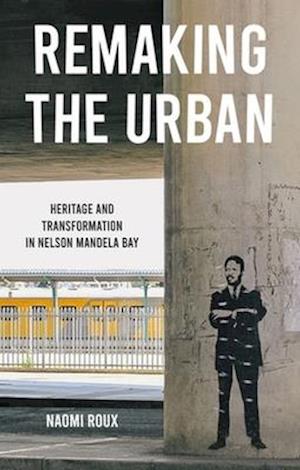 After the end of the apartheid regime in the 1990s, South Africa experienced a boom in new heritage and commemorative projects. These ranged from huge new museums and monuments to small community museums and grassroots memory work. At the same time, South African cities have continued to grapple with the difficulties of overcoming entrenched inequalities and divisions. Urban spaces are deep repositories of memory, and also sites in need of radical transformation. Remaking the Urban examines the intersections between post-apartheid urban transformation and the politics of heritage-making in divided cities, using the Nelson Mandela Bay Metro in South Africa's Eastern Cape as a case study.Roux unpacks the processes by which some narratives and histories become officially inscribed in public space, while others are visible only through alternative, ephemeral or subversive means. Including discussions of the history of the Red Location Museum of Struggle; memorialisation of urban forced removals; the heritage politics and transformative potential of public art; and strategies for making visible memories and histories of former anti-apartheid youth activist groups in the city's townships, Roux examines how these twin processes of memory-making and change have played out in Nelson Mandela Bay. -- .