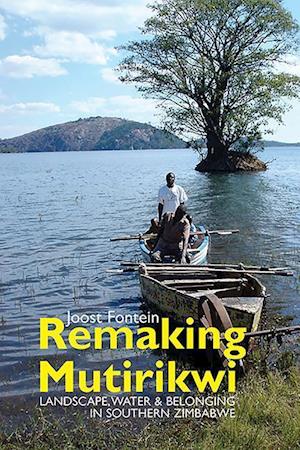 Finalist for the African Studies Association 2016 Melville J. Herskovits Award The Mutirikwi river was dammed in the early 1960s to make Zimbabwe's second largest lake. This was a key moment in the Europeanisation of Mutirikwi's landscapes, which had begun with colonial land appropriations in the 1890s. But African landscapes were not obliterated by the dam. They remained active and affective. At independence in 1980, local clans reasserted ancestral land claims in a wave of squatting around Lake Mutirikwi. They were soon evicted as the new government asserted control over the remaking of Mutirikwi's landscapes. Amid fast-track land reform in the 2000s, the same people returned again to reclaim the land. Many returned to the graves and ruins of past lives forged in the very substance of the soil, and even incoming war veterans and new farmers appealed to autochthonous knowledge to make safe theirresettlements. This book explores those reoccupations and the complex contests over landscape, water and belonging they provoked. The 2000s may have heralded a long-delayed re-Africanisation of Lake Mutirikwi, but just as African presence had survived the dam, so white presence remains active and affective through Rhodesian-era discourses, place-names and the materialities of ruined farms, contour ridging and old irrigation schemes. Through lenses focused on the political materialities of water and land, this book reveals how the remaking of Mutirikwi's landscapes has always been deeply entangled with changing strategies of colonial and postcolonial statecraft. It highlights howthe traces of different pasts intertwine in contemporary politics through the active, enduring yet emergent, forms and substances of landscape. Joost Fontein is Director of the British Institute in Eastern Africa and Lecturer in Social Anthropology at the University of Edinburgh. Published in association with the British Institute in Eastern Africa.