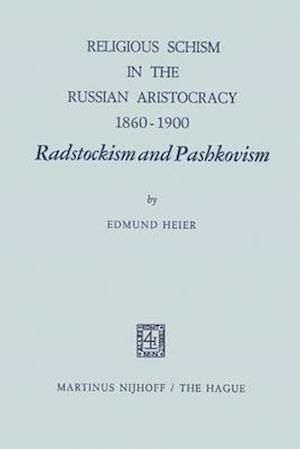 My research in the intellectual and spiritual sphere of nineteenth century Russia revealed that ever since the penetration of the fashion able anti-ecclesiastical views of the Encyclopedists into Russia, the aristocrats had grown indifferent to religion. The spiritual vacuum created as a result of such conditions could not last, however, for a prolonged period of time; least of all during the decades following the r860's when Russia's moral, socio-political, and religious problems were most acute. The subsequent quest for salvation and the general religious inquiry among Russia's elite, as they were known in the West, manifested itself chiefly in the writings of such profound religious and philosophical thinkers as V. Solov'ev, K. Leont'ev, N. Fedorov, Dos toevskij, and Tolstoj. They constitute, however, only a fraction of those tormented by the longing for religious truth and guidance in an age of transition and uncertainty. There existed among Russia's aristocracy in the second half of the nineteenth century a widespread socio-religious movement known as Radstockism or Pashkovism, which aimed for a religious renovation and with it a transformation of Russia on an ethical and moral basis. These aristocrats were men and women who in their youth were in different to all faith, but who had never abandoned the search for a solution to their own and to Russia's problems. The solution to these problems they believed to be based on moral and religious principles found in Evangelical Christianity.