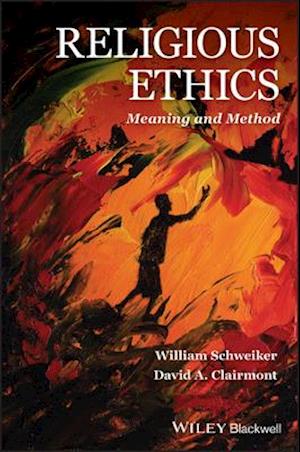 An inclusive and innovative account of religious ethical thinking and acting in the world.Rather than merely applying existing forms of philosophical ethics, Religious Ethics defines the meaning of the field and presents a distinct and original method for ethical reflection through comparisons of world religious traditions. Written by leading scholars and educators in the field, this unique volume offers an innovative approach that reveals how religions concur and differ on moral matters, and provides practical guidance on thinking and living ethically. The book's innovative method-integrating descriptive, normative, practical, fundamental, and metaethical dimensions of reflection-enables a far more complex and nuanced exploration of religious ethics than any single philosophical language, method, or theory can equal. First introducing the task of religious ethics, the book moves through each of the five dimensions of reflection to compare concepts such as good and evil, perplexity and wisdom, truth and illusion, and freedom and bondage in various theological contexts.Guides readers on understanding, assessing, and comparing the moral teachings and practices of world religionsApplies a disciplined, scholarly approach to the subject of religious ethicsExplores the distinctions between religious ethics and moral philosophyProvides a methodology which can be applied to comparative ethics for various religionsCompares religious traditions to illuminate each of the five dimensions of ethical and moral reflectionReligious Ethics: Meaning and Method will help anyone interested in the relation between religion and ethics in the modern world, including those involved in general and comparative religion studies, religious and comparative ethics, and moral theory.